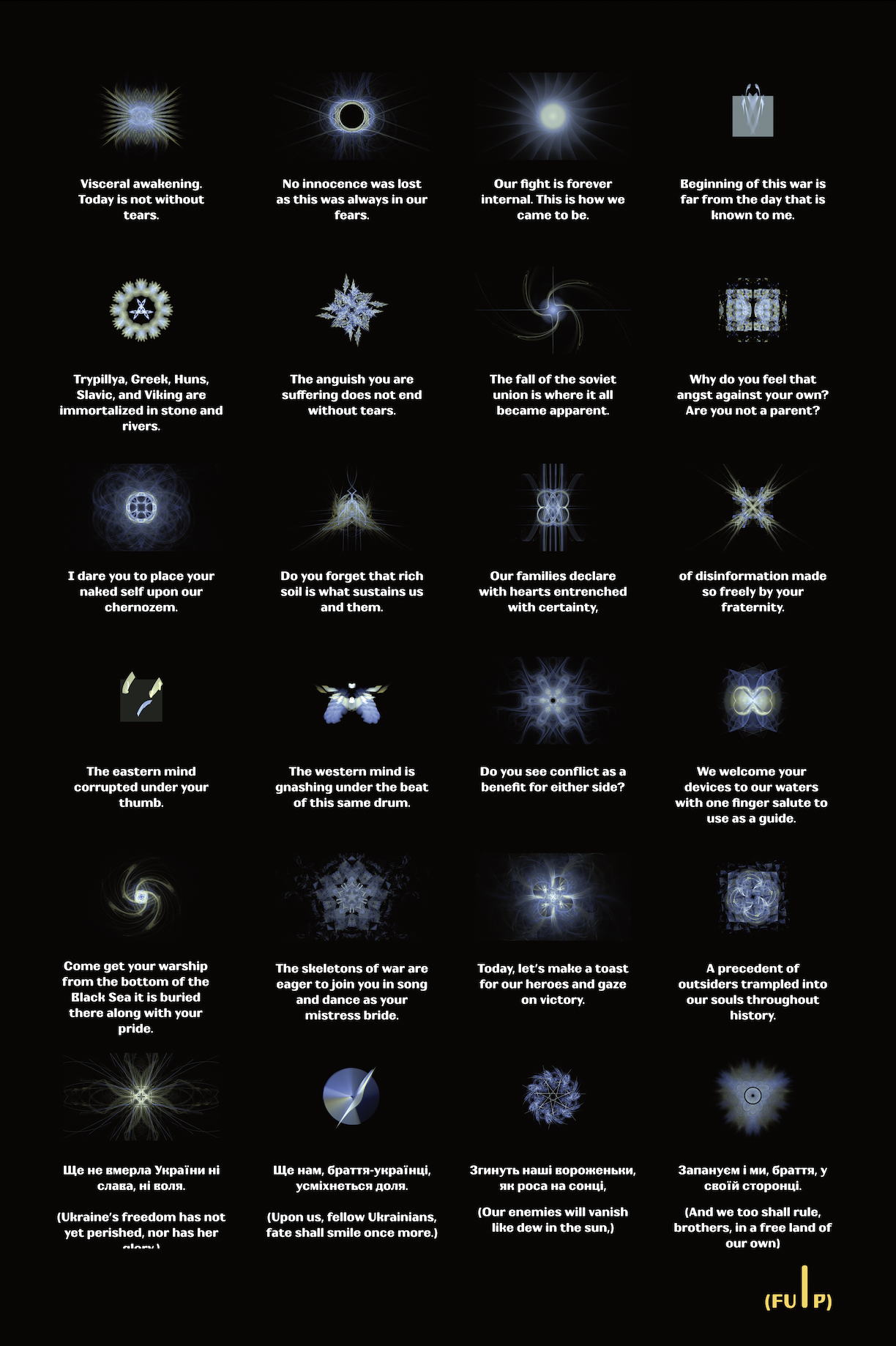 There comes a time when you reach a point in your life when you are faced with a choice. You can stand for something or ignore the feeling that tugs at you.

I hope it’s obvious the intention is to support the folks in Ukraine. This entire project boils down to simple facts. In Ukraine, the following have/are happening:

That’s what FU⎸P project is about. Humans helping humans.

I’ve heard myself say this and more recently a friend of mine said the same to me: “What can I do?” As one grows older you discover that there is a MULTITUDE of ways to help other humans. Minting NFTs and sending funds over to folks who need it more than we do is one of many ways we can “do something”.

Donating 100% of primary sales will either go to

Neither is ideal unless there is a person/org with a XCH address that’s well known. I’ll try to figure out the details and update this space. The process will likely be converting XCH to FIAT since most don’t know/use XCH yet.

I’ll update this space once I figure things out. First, folks have to be willing to participate.

On August 24, 2022, the mint began for the FU⎸P project and concluded the next day. The minting process was slow because bulk minting wasn’t available at the time. I ended up writing Chia Mint toolset which relied on minting 1 NFT per block.

Break down of the project:

The first editions were purchased last year via Chia’s CAT token and were sent to respective owners. The 16th editions have already been uploaded to Dexie.space.

The description of each NFT contains each line of the poem. While the conversation is embedded in the rest of the metadata. 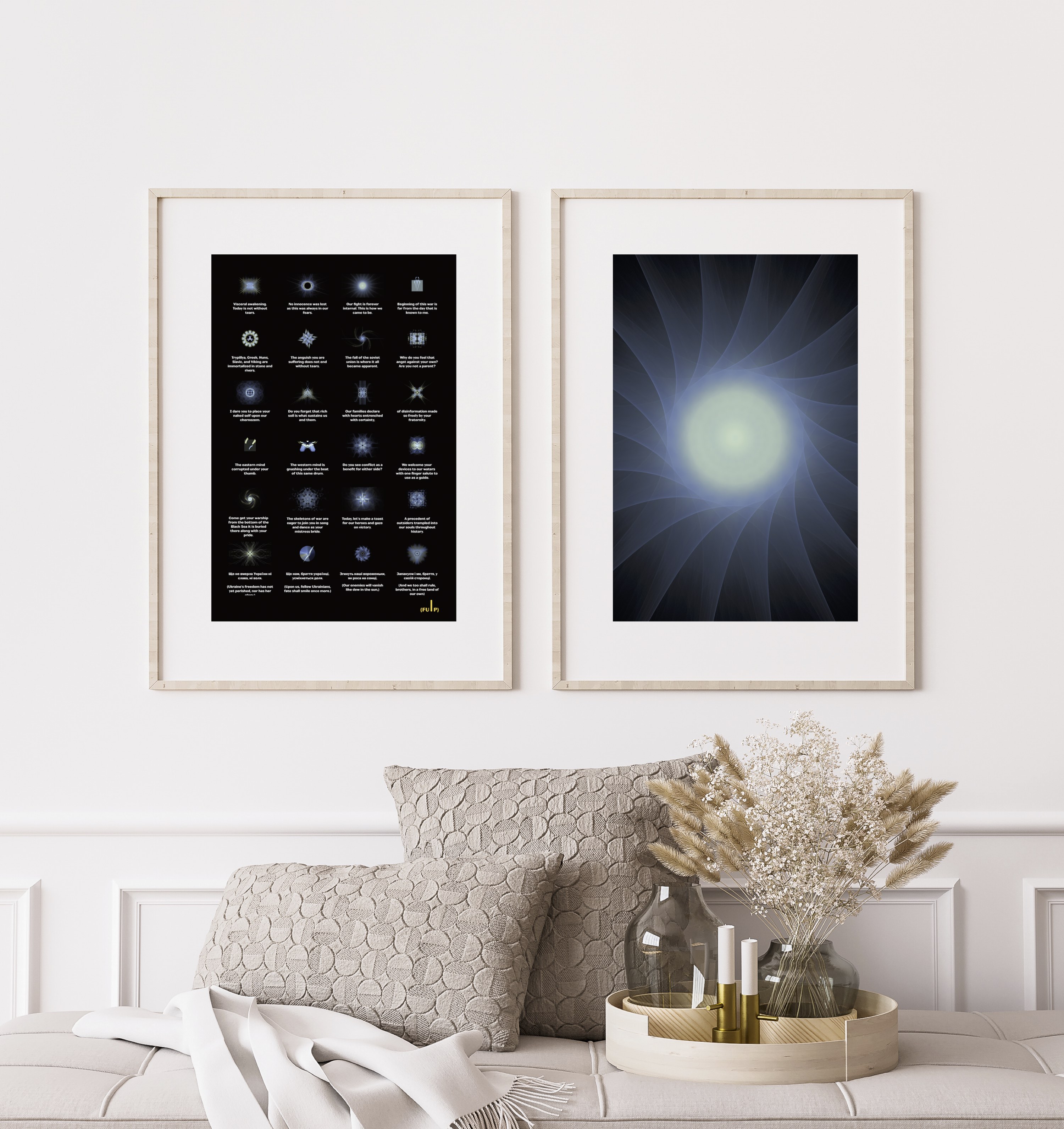 Look at the “Image Source” in the metadata as it points to more IPFS data. This is the “source code” of the generative image. Want a 8K rendering for a desktop PC background of your NFT? Sure that’s easy ;) Contact me and I’ll point you to the rendered images.

The limited edition NFT is the culmination and easier to look at the poster that shows the poem right in the image. This was painstakingly (with love) put together and will only have 16 editions minted in total. Anyone who owns an edition set is eligible to receive the equivalent edition of this special NFT.