Humans tend to assign value to odd things. In the case of 1 of 1 art, it might be easier to look at a body of work and say “this artist has done X, Y, Z, and I will give $__ value to their work”. On the other hand, how do you reason about a collection of baseball cards or NFTs from lesser-known artists?

Rarity is one of the simplest ways to reason about the value and thus drives the need for rarity tools.

A lot of this comes from information I learned from how Rarity Tools defines Rarity Score for Ethereum NFT collections. Out of convenience, this article uses the same terms and calculations for Chia NFT collections.

There are many ways to compute rarity but these 3 are easiest to reason about:

The main reason to compare these 3 computations is to show rarity score solving issues with the former.

Comparing the NFTs using the rarest trait of each NFT. Easy to think about but it has a glaring issue. It doesn’t account for any of the other NFT traits in the same collection. 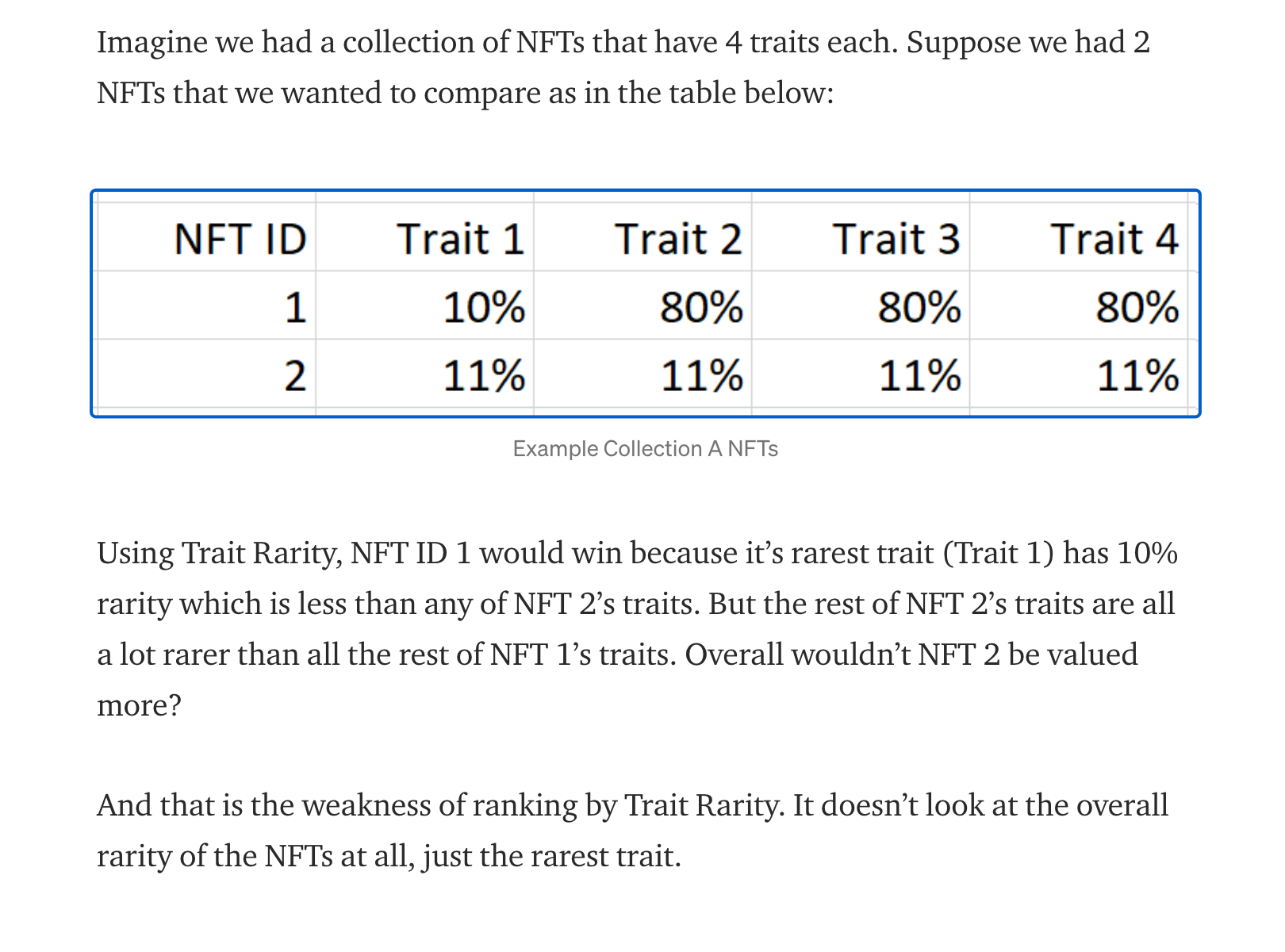 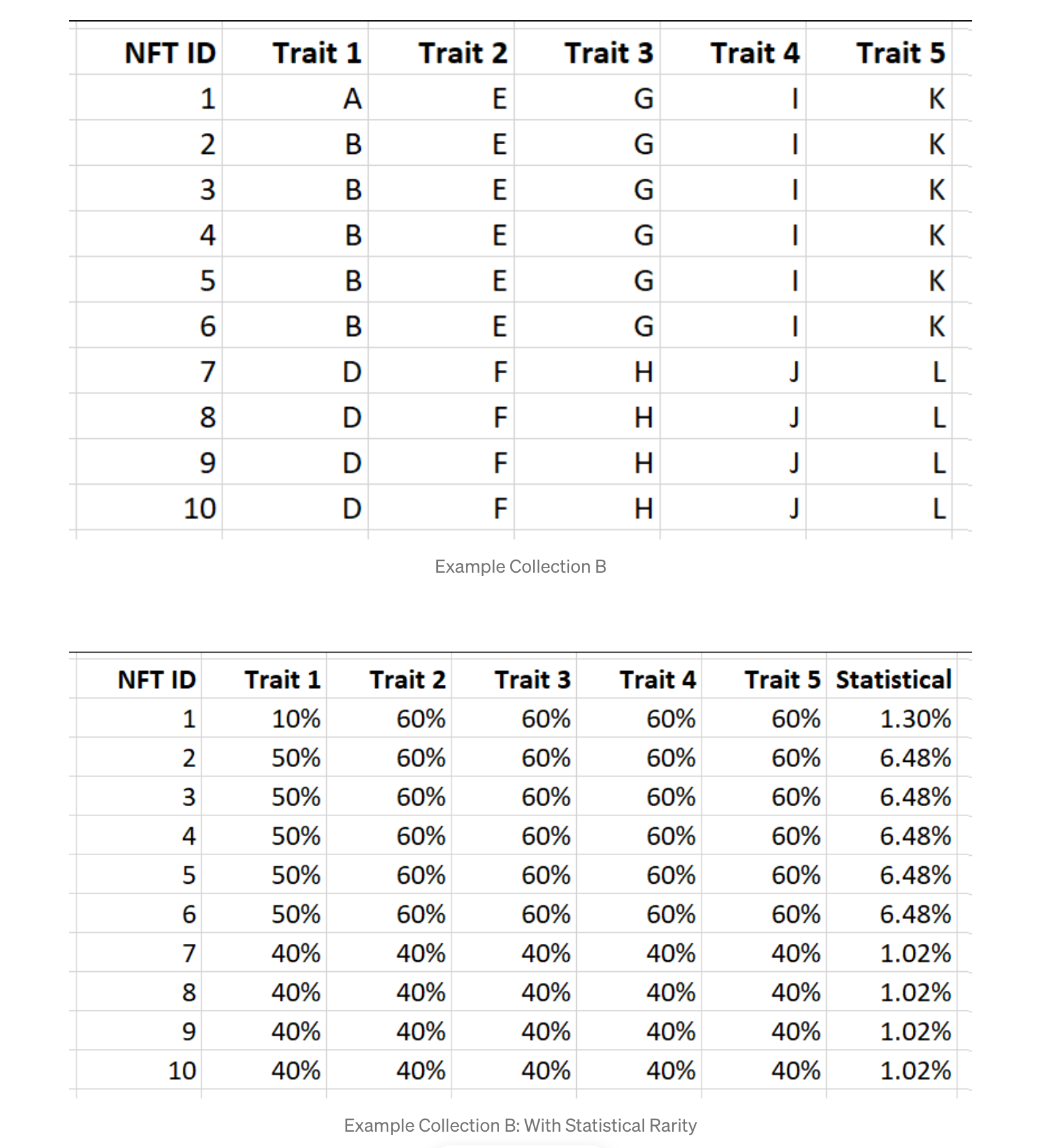 In retrospect, it should be obvious the entire collection’s traits must be considered for a more balanced calculation. 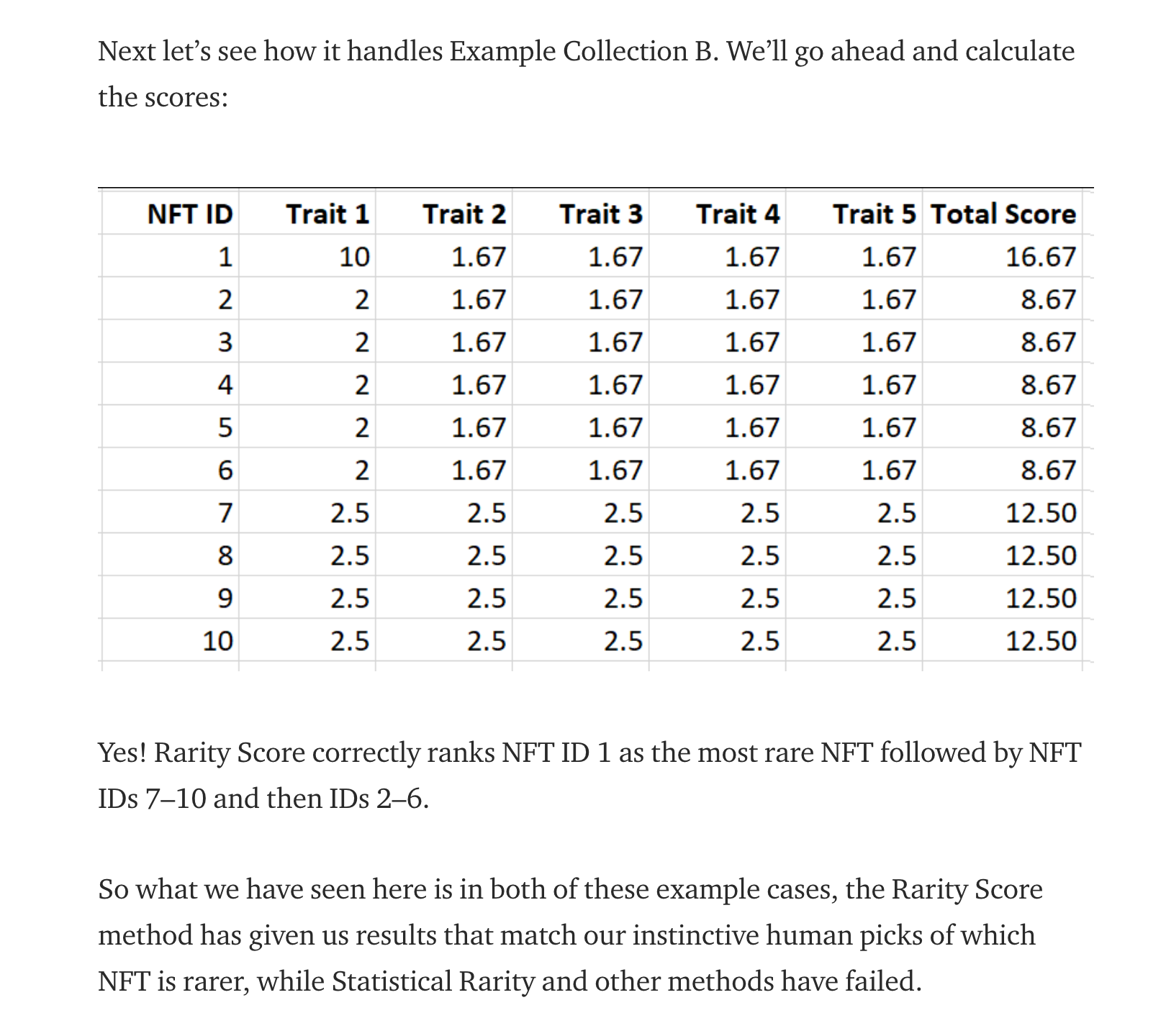 For example, the rarity scores for Chia Friends look like this:

The Rarity.tools article does an excellent summary so I’ll paste it here verbatim:

As noted, Statistical Rarity and Average Rarity have a tendency to over-emphasize the overall level of rarities of all traits in an NFT, while not giving enough emphasis to single rare traits that could be 1 of 1s in the whole collection.

Trait Rarity on the other hand has the complete opposite problem where it only considers the rarest trait.

Rarity Score give results that give enough emphasis to single rare traits and also includes overall trait rarities in its calculation. And most importantly the results it gives match better with our human expectations.

You can see there are many ways to look at the same data.

What about weighted scores?

Sometimes an artist or a community will give more weight to the rarity score. With Chia Friends, you can see how special art associated with Chia employees ends up giving more weight to those NFTs. 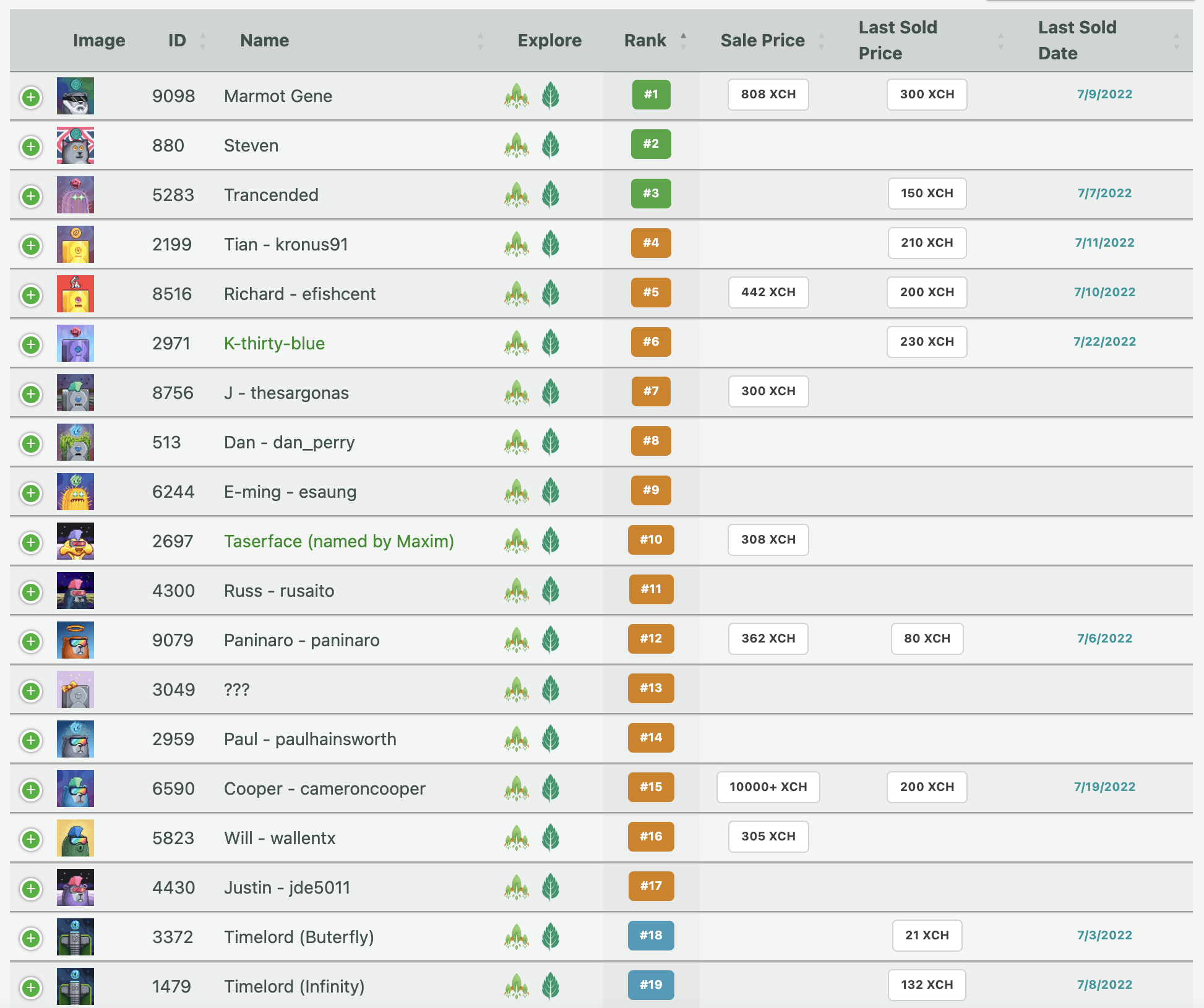 As you can see there are different ways to think about rarity. It all boils down to this: Art is subjective.

How to swap Chia NFT for NFT ?

The majority of Chia NFT trading on exchanges is done NFT for XCH. How does one trade NFT for NFT? How do Chia NFT swaps compare to Ethereum NFT swaps? Let’s...

The race to solve the Chia Friends puzzle

The Chia Friends website says There’s also a puzzle embedded in the collection for the community to discover.... The community at XCH Foundation - chia-frien...