The floodgates have opened and NFT1 is here! Most corners of the internet are not aware of the Chia NFT1 standard but they will with time.

Why should anyone mint on the Chia blockchain?

How about being the most decentralized blockchain with over 150K nodes. Go ahead and take a peek at the current node count on Chia Dashboard

How many nodes support Bitcoin? According to Bitnodes there are 15K nodes.

How many nodes support Ethereum? According to Ethernodes there are 5K nodes.

To sum it all up:

How is Chia greener than Bitcoin or Ethereum? The energy consumption of the Chia network with 10x more nodes is significantly less than Ethereum or Bitcoin. 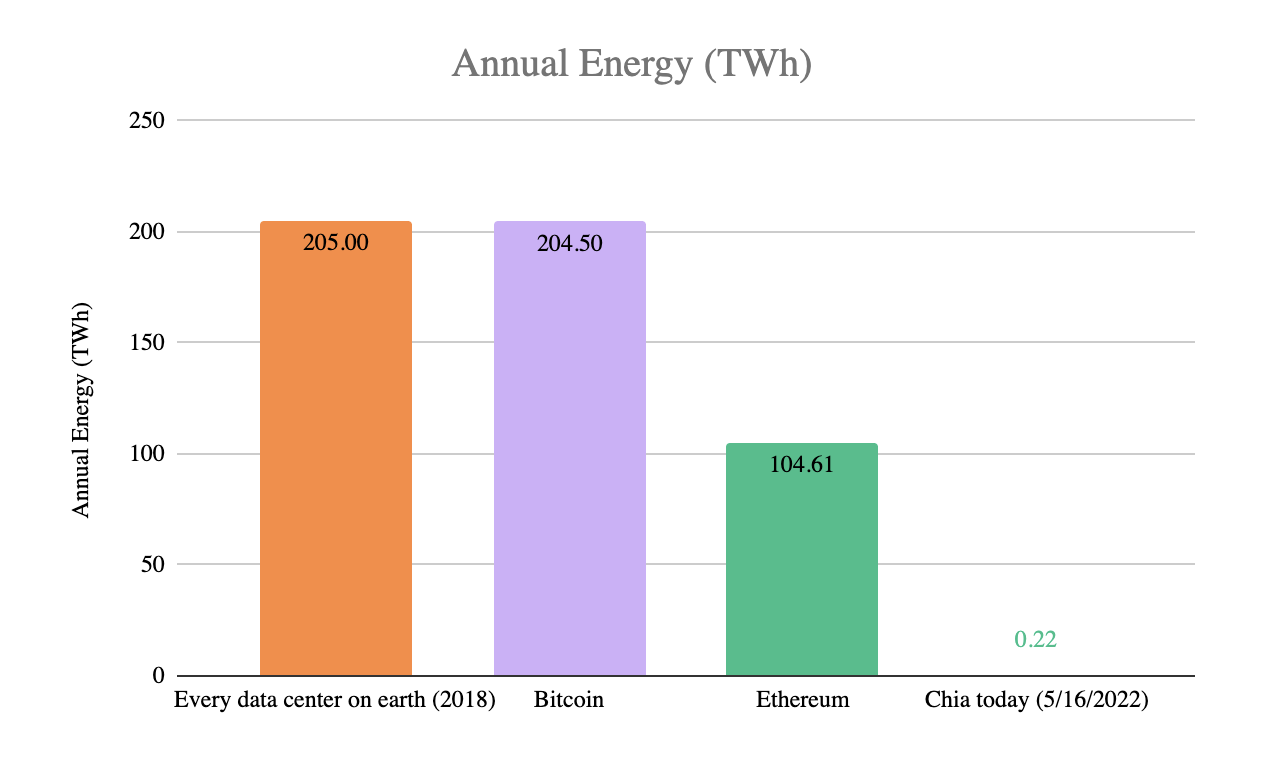 There is a lot to like about Chia being more secure and greener than Bitcoin and Ethereum. Note, I don’t mention more Proof-of-Stake (PoS) blockchains because they aren’t solving problems in a better way. Chia and Proof-of-Space-and-Time (PoST) indeed solve things in a new way.

With the announcement of NFT1 standard being complete everyone is pining to try the new minting process. The Chia team and the legendary Seth Jenks have revealed their own PFP project: Chia Friends + @chia_friends

Just like looking forward to your first kiss. The wait was worth it. The Chia Friends PFP and many others currently minting are going to be exploring new frontiers.

In Chia’s own words:

We are seeking to leverage Chia’s sustainable, inclusive, and compliant blockchain to enable and drive real-world applications of digital ownership through true marketplace independence, consistent provenance, and digital permanence.

According to the website and the Chia team the NFT project contains puzzle(s). Seth Jenks already confirmed he created the puzzle and not Bram. That likely means we can solve this puzzle in this century ;) Good luck to all!

If you are learning how to use Python or comfortable with Unix then this tutorial is for you. Looking for custom Chia NFT metadata tool? Yup, this is also th...

How is a NFT rarity score calculated?

Humans tend to assign value to odd things. In the case of 1 of 1 art, it might be easier to look at a body of work and say “this artist has done X, Y, Z, an...